Given a motion sequence of a human in wide clothing, we estimate its body shape using a learning approach. We then use this estimation to robustly track the 3D shape over time.

We have developed a discrete Laplace operator for temporally coherent mesh sequences. This operator has then been used to various mesh sequence processing tasks, such as editing.

In this project we focus on motion-based segmentation on mesh sequences. Contrary to previous works, we do not restrict to temporally coherent sequences: we deal with any mesh animation. We are able to segment a sequence according to either rigid or uniformly stretched motions.

We proposed a new skinning framework inspired from the mathematical concept of atlas of charts: we segment a 3D model of a character into overlapping parts, each of them being anatomically meaningful (e.g., a region for each arm, for each leg, etc., with overlaps on joints); then during deformation, each vertex in an overlapping area is updated thanks to the movement of neighboring bones.

We proposed an algorithm to automatically compute an animation skeleton, starting from a surface mesh and a few points selected by hand on the model. This considerably simplifies infographists' work, although our algorithm let them interact in various ways, if they want to. 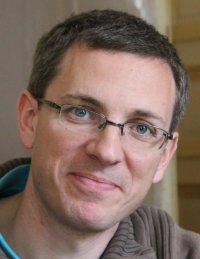